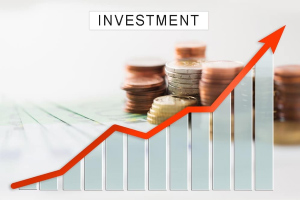 Dar es Salaam. Pakistan is planning to inject some $1 billion in Tanzania during the next 5 years as the Asian nation seeks to up its involvement in various sectors of the latterâ€™s economy.

Realisation of the plan would mean that Pakistan will more than double the value of its investments in Tanzania which stood at $490 million in 2020, according to data from the Pakistan Embassy.

Speaking in a meeting convened under the auspices of the Welfare Association of Pakistanis (WAP) as part of the celebrations to mark 75th Independence Day of Pakistan, Mr Majeed said the $1 billion will be released in phases depending on government priorities.

â€œ30 % of that amount will be released in form of grants to support artisanal miners as well as to help in drilling of boreholes; paying school fees for the needy children and medication,â€ he said.

The remaining 70 % which translates into $700 million would come in form of direct investment that would involve Public Private Partnerships (PPPs) between Tanzania and Pakistan.

PPPs are a mechanism for the government to procure and implement public infrastructure or services using the resources and expertise of the private sector.

â€œThe government in collaboration with Pakistan officials is currently preparing a document that will guide the partnership. The Pakistan work plan is to use 30% of the said amount to support mining projects, education, water and health,â€ he said.

According to him, once the funds are approved they expect to establish fertilizer factories and industries to process raw materials and produce final products to increase export and create job opportunities for Tanzanians.

Gracing the event, Pakistan High Commissioner to Tanzania Mohammed Bihan said trade between Tanzania and Pakistan has been on the increase during the past years.

â€œWe have witnessed a 70% rise in trade volume during the past 1 year which was contributed by $155 million of new investments during that period,â€ he said.

He said Tanzania was largely being boosted by its political stability, conducive investment opportunities and good leadership.

He said that as they mark their 75th Independence Day, the government will significantly continue to extend its relations with Tanzania especially that currently, there are around 3,000 Pakistanis living in Tanzania.

â€œIt is good that Tanzania is currently finalizing the process to establish an embassy in Pakistan. We are happy that the recent visit of President Samia Hassan Suluhu has shown good steps that are likely to bear fruit,â€ he said.

Should the money be invested as planned, Pakistan would be eyeing to become one of the largest sources of foreign investment in Tanzania.

Until 2019, China was the largest source of foreign investment in Tanzania, with investments valued at $5.963 billion.

Until that time, the UK came second with investments valued $5.54 billion while the US, Mauritius and India completing the top 5 list with investments worth $4.7 billion, $4.308 billion and $2.2 billion respectively.