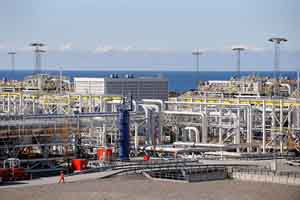 Tanzania’s agenda of industrialization is fast-gaining momentum. Statistics are indicating the registrations of approximately 3,000 small, medium and large scale industries with a number of government industries worth over 5trl in the past year.

This comes at a time when the international community is expecting a 6.5 to 7 percent growth in Tanzania’s economy. This statistic could see Tanzania break into the top five economies of Africa.
Dr Hassan Abbas, the Director of Tanzania Information Services (Maelezo), revealed that some of the projects have already commenced while others were in different stages of implementation.
Of the registered projects, 652 will be large scale factories that will employ 50,625 people, Abbas revealed at a briefing about the implementation of government undertaking in dare s Salaam.
Dr Abbas said that 361 projects were registered with the Tanzania Investment Centre (TIC) while 2,712 were registered with the Small Industries Development Organisation (SIDO). Around 2,700 of these industries are small scale and employ very few people due to their use of advanced technologies.
41 other projects were registered with the Export Processing Zones Authority (EPZA) and 250 at the Business Registration and Licencing Authority (BRELA). "It should also be noted that to make the industrialisation agenda a reality, the government is undertaking over 20 projects in power generation," Dr Abbas explained during the session at Maelezo auditorium.
The Kinyerezi I and the Kinyerezi II are two such projects that will generate 425MW of power. The execution process of the Kinyerezi II has reportedly reached 87 percent, it now pumps 55.94MW to the national grid as of statistics released in December last year, An additional 27.94MW is expected later in this month.
Dr. Abbas also spoke about the government transfer to Dodoma. He explained that 3,671 government employees from different sectors have already relocated to Dodoma, with an additional 2,460 expected to make the move to the capital later in the year.