Marula Mining: Getting to the top quickly in East Africa 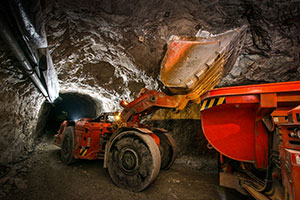 Identifying an existing opportunity, seizing it, and promoting its growth are sometimes the best strategies to take. The London-listed Marula Mining is utilizing this strategy as it expands its presence across the continent, particularly in East Africa.

This model has already produced results. Marula currently has a stake in the South African lithium and tantalum mine in Blesberg. In the pegmatite belt of the Northern Cape, Blesberg is one of the largest known mineralised pegmatite occurrences.

Bulk sampling by Marula has already been finished, confirming the high-grade nature. After that, Marula plans to start small-scale operations to create a lithium concentrate that can be sold for export as well as a larger drilling programme to determine the size and depth of the possible ore body where a larger-scale hard rock mining operation is envisaged.

The business recently agreed to a partnership with a South African-based division of international commodities giant Traxys SARL, which has invested USD 5 million to launch Blesberg.

Brewer feels that East Africa has the potential to greatly contribute to the world's supply of battery materials, so Marula is paying close attention to this area. "For instance, if you look at Tanzania, a number of graphite projects are being developed by listed companies in the Tanga province, but at the same time, there are already a number of small-scale enterprises that are functioning that we have identified as having considerable and immediate promise."

Brewer and his colleagues recently visited Tanzania, where they encountered a local graphite mine that was selling its products. "The whole idea of Marula is to go out there and collaborate with local partners to give a project that may have stalled or is functioning poorly fresh life. Within the next six months, we want to start manufacturing graphite in Tanzania after investing money in optimising the operation.

Brewer notes that although Tanzania is well recognised for its gold reserves, it also has excellent copper potential that is still untapped. We were considering graphite projects when a team member brought up copper. So, we travelled to a location where small-scale artisanal copper mining was occurring. They were generating copper at over 20% grades and simply throwing away the inferior material, which is between 5 and 6%. I studied copper for three years in the DRC, so what I witnessed at this mine absolutely astounded me.

To gain a 49% commercial interest in the Kinusi copper mining project, which consists of 10 awarded copper mining licences, Marula announced in October that it had reached an agreement with Takela Mining Tanzania.

The permits are situated in Kinusi in Mpwapwa and have a seven-year validity span. An illustration would be Brewer and his team's recent trip to Tanzania, where they encountered a local graphite mine that was in operation and exporting graphite.

The whole idea of Marula is to go out there and collaborate with local partners to give a project that may have stalled or is functioning poorly fresh life. Within the next six months, we want to start manufacturing graphite in Tanzania after investing money in optimising the operation.

The business strategy of Marula has all the required ingredients for success, but how does it make sure that it picks the correct initiatives to carry out this vision? Brewer says it's straightforward. It all comes down to working hard: visiting locations where mining is occurring, although on a small scale and with limited access to finance and even technical expertise, and then interacting with local residents.

'You have to visit these assets in person by going out there on the ground. Rather than going through the traditional stages of exploration, development, and production, which can take decades, our strategy is to become involved in ongoing battery metals projects, where we can actually see and handle the finished product and which can obviously deliver faster results for our investors as well as further our goal to advance Africa's battery metal supply,' says Brewer.