Barrick to invest USD 8 million on mineral exports in Tanzania 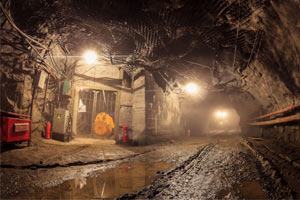 BARRICK Gold Company plans to spend USD 8 million in new mining exploration operations in Tanzania by the end of the year, due to favorable investment strategies, laws and regulations.

This was unveiled by Barrick President and Chief Executive Officer Mark Bristow during a media conference following his quarterly visit to the mine, where he also praised the strong ties between his company and the government through the Twiga Minerals Company.

"Barrick Gold has been awarded 10 new exploration licenses in Tanzania and we are preparing to spend $8 million on this mission by the end of this year. We want to expand our operations in the country as we have a strong relationship of this nature between the investor and the host government of Tanzania," he said.

The global gold miner with a footprint in more than 50 countries around the world maintains that, in addition to focusing on new exploration licenses, the firm has already begun to enforce a new system where, among other items, the miner has resolved most landowners' disputes in mining areas and ensuring complete compliance with environmental permits.

"Rehabilitated and re-energized North Mara is ahead of schedule in the year to date and Bulyanhulu has resumed underground mining activities and is expected to reopen underground ore production by the end of this year as a long-lived underground mine," said Mr. Bristow, adding that local content and the promotion of mining-related business communities were a priority.

He said that the two mines that his company set up to make them a tier-one complex were capable of producing at least 500,000 ounces of gold annually and had a lifetime of more than 10 years in the lower half of the industry's coastline.

With respect to local content in all procurement sectors, the miner has also appointed a local protection firm to monitor the welfare of mining communities as owners and collaborators and set up a growth committee to properly participate in win-win circumstances.