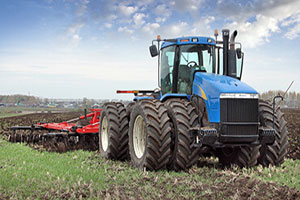 The government of Kenya has partnered with South Korea on an agricultural mechanisation project that seeks to increase productivity.

The governments will work jointly under the Korea Africa Food and Agricultural Corporation Initiative (KAFACI) project, which is targeting small-scale farmers.

The project is aimed at lifting the current mechanisation rate of 30 percent to at least 40 percent in the coming years in a bid to cut cost of labour and improve productivity.

According to Noah Wawire director at the Agricultural Mechanisation Research Institute (AMRI), the project seeks to address mechanisation challenges that small holder farmers in the country are currently experiencing.

“This is what an initiative is looking at is to mechanise agriculture in the country by coming up with the best technology that can work for small-scale holders given that most of their farms are tine , which indeed restrict the movement of bigger machineries,” says Dr Wawire.

Dr Wawire quoted that they are conducting research with the Korean Rural Development Administration, which is funding the project, to learn from the best practices in the Asian country, reports Business Daily.

In 2016, AMRI established the status of mechanization on nine value chains, in local small and large scale farmers and realized that the levels were very low.

“The highest mechanization we found was in wheat which was at around 65 percent and coffee was the least mechanized at eight percent,” explained Dr. Wawire.

Director General of the Kenya Agriculture Livestock Research Organisation, Eliud Kireger highlighted that the cost of acquiring machine has been a major hindrance to small-scale farmers.

Engineering secretary the state department of agriculture Richard Kanui quoted,that the government will open up aggregation centres for machines where farmers can lease at affordable rates.

“10 places have been already identified where we are starting a pilot phase of aggregation centres where farmers can go and get the machine that they want to use and they can lease it at an affordable cost,” said Mr Kanui.

Dr Choi revealed that they will be launching a new project, which will integrate pest control and seed dissemination.