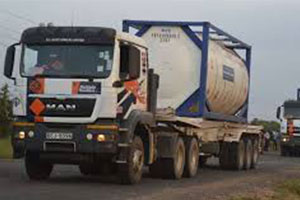 A State-owned company, Qatar Petroleum, of the energy-rich Arab nation, has gained a block of Kenya’s offshore oil and gas exploration fields, adding to a expanding list of global corporations eyeing to exploit huge fuel deposits believed to be underneath the Indian Ocean seabed.

The company said it has signed an agreement with French multinational oil and gas company Total and its Italian associate Eni to take over three offshore exploration blocks in the Lamu Basin.
In the deal that is subject to administrative approvals by Kenyan authorities, Qatar Petroleum said it had acquired a 25 percent stake (13.75 percent from Eni and 11.25 percent from Total) in three blocks situated in the offshore Lamu basin.
The three offshore blocks are located in largely unexplored area in the Lamu basin. They have a total area of approximately 15,000 square kilometres, with water depths calculatively from about 1,000 metres to 3,000 metres.
“We are delighted to sign this agreement to participate in exploring these frontier offshore areas in Kenya and to further strengthen our footholes in Africa,” said Qatar’s Minister of State for Energy Affairs Saad bin Sherida al-Kaabi, who is also the chief executive of Qatar Petroleum in a statement.
“We hope that the exploration efforts are successful, and we look forward to cooperating with our valuable partners Eni and Total, and the Government of Kenya in these blocks.”
Following the agreement, Eni (the operator) will have a 41.25 percent stake in the block while Total’s stake will stand at 33.75 percent. The financial details of the transaction were not disclosed.
“In line with its growth strategy, this opportunity fosters Qatar Petroleum’s position in the exploration of frontier basins with significant hydrocarbon resource potential,” said Mr al-Kaabi.