Kenya gets into a Deal for First Ever Oil Development 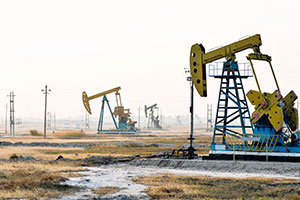 Kenya has signed a Head of Terms agreement with joint venture partners, Africa Oil, Tullow Oil plc and TOTAL S.A for the very first development of an oil processing facility and a crude oil export pipeline.

The agreement signed by the Ministry of Petroleum and Mining on behalf of the government will see the oil majors build a 60,000 – 80,000 barrels per day (bpd) processing facility for oil identified in the country’s northwest and, a crude oil export pipeline to the coastal town of Lamu.
The landmark deals signed with the joint venture partners are for the discoveries of oilfields in Bock 10BB and 13T, specifically in the Amosign, Ngamia and Twiga fields.
Speaking during the signing in Nairobi, Kenya’s Ministry of Petroleum and Mining cabinet secretary, John Munyes, said that the agreements signed would support “a framework and commercial assurance required to move ahead with negotiating the fully termed upstream and midstream long-form agreements ahead of the projects’ final investment decision (FID).”
In the recent statement, Tullow oil said it now expects to see first oil three years after FID. The firm had told it would reach FID by the end of this year.
Keith Hill, President and CEO of Africa Oil, said, “We are very delighted with the signing of the Heads of Terms agreements as it marks an exciting step forward for the project.”
He said that the end of the negotiations around key fiscal and commercial principles is an important and major milestone towards a Final Investment Decision, enabling a solid development framework and confidence to all parties that the project is strong at low oil prices.
“We have absolute monetary certainty and we need to make sure that this project will be profitable for the Government of Kenya and for the international contractors at the current oil price uncertainty and low oil prices globally,” said Tullows Executive Vice President, Mark Macfarlane said in his earlier statement.
At a combined estimated cost of US$3 billion, the project will be the biggest single private investment in Kenya.