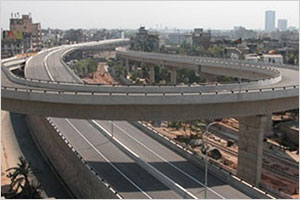 The 247bn/- project is one of the many other big infrastructure projects that the fifth phase government is executing to ease traffic congestion in the leading commercial urban centre.

Other projects in progress include the second phase of Dar es Salaam Rapid Transit (Dart), which involves Kilwa Road, Mbagala depot, terminals and feeder roads and the construction of the 258.3bn/- New Selander Bridge and connecting roads which is expected to reduce traffic jams significantly, save time and increase government revenues

The completion of Ubungo Flyover in December this year will be the second overpass after the Mfugale Flyover at the junction of Mandela and Nyerere roads in Dar es Salaam which was inaugurated last year.

A press statement availed to the media yesterday by Directorate of Presidential Communication Unit said that Dr Magufuli inspected the construction work upon his arrival from Dodoma, the country's capital.

He also had an opportunity to talk to various leaders and party members who gathered at Ubungo junction to inspect the implementation of Chama Cha Mapinduzi (CCM) Election Manifesto.

He said the construction of the flyover and other major projects had uplifted the country's status and the Ubungo flyover will be beneficial to all city residents.

Mr Mbena also expressed gratitude to the president for trusting the youth by appointing them to various leadership positions.

He assured Dr Magufuli that the youth leaders would work hard and safeguard the interests of the nation.

Dr Magufuli, however, said his government was spending more than 240bn/- for the construction of Ubungo Flyover and eight lanes Kimara - Kibaha section of Morogo Road.

He called upon Tanzanians to support the government in its efforts to bring development in the country.

After greeting citizens who gathered at the junction, Dr Magufuli conducted a fundraising to assist the purchase of a tricycle for Ms Nyangoma James who is physically challenged. Dr Magufuli managed to raise 8,750,000/- 5m/-, being from him.

Dar es Salaam, one of the largest growing cities in Africa, and perhaps in the world, has in recent years been facing a chronic problem of traffic jams that result from lack of friendly infrastructures, especially at major intersections.

When he assumed the highest position in the country in 2015, President Magufuli came up with an affirmative plan to decongest the city. The plan includes building flyovers, bridges and a dry port at Kwala area in Kibaha.