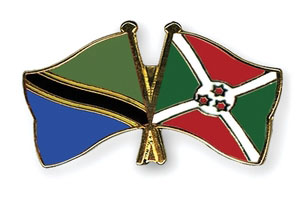 Tanzania and Burundi are both working towards raising the scale of trade done between the two countries. The subject was discussed at a business forum as this past September.

Jean Boaco Ntunzwenimana, Minister of Transport, Public Works and Equipment said that Burundi is already reaping benefits from an improving working relationship between the nations. He spoke about how 10 years ago, Burundi was not allowed to access the Dar es Salaam port and how that has changed today to the benefit of both countries.
Mr. Ntunzwenimana also mentioned the joint projects the countries are working on today; namely, the Uvinza-Musongati railway line and Bujumbura-Rumonge-Nyanza –Lac -Kasulu –Manyovu, a multinational road.
He also provided a positive report on those two projects too. “A workshop will be held where experts from Tanzania and Burundi will meet to validate its study in Kigoma this 13 October 2017”, Ntunzwenimana said adding that this would be the best way to move forward.
The railway will only be a small part of a larger project named Transit Transport Facilitation Agency (CCTFA) which will aim to connect Uvinza, Kigoma and Musongati.
There will also be a capacity building in the trade sector between the two countries which will make it easier for them to move forward said the public transport minister.