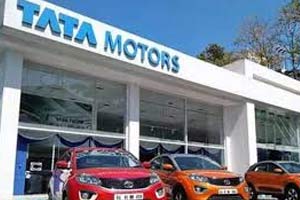 Tata Motors, an Indian car manufacturer, has introduced a new brand car on the local market, a sign of a fast-growing vehicle market and an opportunity for users to contribute to the preservation of the environment.

The available statistics show that the car market in Tanzania increased by 5.3 per cent last year in the midst of the coronavirus pandemic compared to the previous year.

The Sales Manager, International Business Passenger Vehicles, Mr. Avinash Rai at Tata Motors, said, "Today we are starting a new chapter in Tanzania with a car that has set the Nex level in the automotive industry. Developed to truly enhance the value proposition, the new car will set the benchmarks for the Compact SUV segment.

Speaking at the launch, Mr. Rajiv Bhushan, Head of Auto Business for Tata Africa Holdings Limited Tanzania said, "We are excited to launch a facelift version of this compact SUV, which will be our next step towards adding new generation passenger cars to Tanzania.This will create a new milestone for us as we set new industry benchmarks. These new models will redefine the segment of class-leading design, safety, technology and driving dynamics. We are all set to keep up with the demand trend for new launches and thrill our customers with a new product portfolio," according to statistics, the new market for light vehicles in Tanzania is stable between 2,000 and 3,000 units per year.