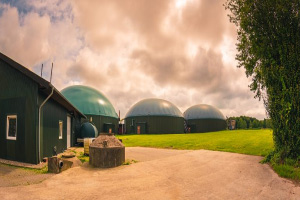 Kenya is setting up standards that will pave the way for the commercialisation of biogas, a move that will offer cheap energy for consumers in the wake of the high cost of LPG and generate revenue for producers, according to Business Daily Africa.

Kenya Bureau of Standards (KBS) said it is working on the norms for the packaging of biogas, which is the only thing that has been missing in the commercialisation of the methane gas made from animal waste and plant matter.

KBS principle standards officer Alex Mboa said the agency is offering the solution to address the market need, which will lead to the commercialisation of cheaper biogas in the country.

â€œThe market need for now is to have standards for packaging of biogas and we shall provide them as per the need of the market. Itâ€™s up to the market to uptake and use and apply the standards to scale up the businesses,â€ said Mboa.

The official said there is an already existing work plan that had been established in year 2015 and the body only has to review the existing standards to identify the gaps and address them.

Francis Xavier Ochieng, thematic head of institute of energy and environmental technology at Jomo Kenyatta University of Agriculture and Technology (Jkuat), said standards are the only missing link in the commercialisation of biogas energy in the country.

Ochieng, who led research on the status of biogas in Kenya last year said the energy is cheaper compared with LPG, whose price fluctuates in line with that of crude from which it is derived.

â€œBiogas is not only cheaper but also a clean source of energy, what we want now is to address the commercialisation aspect of it, which can only be achieved once we have standards in place,â€ said Ochieng. Since it would be costly to have biogas packaged in small containers, Ochieng said the plan is to have it containerised in large tanks that will be installed in apartments, then transferred to individual houses by use of metered pipes.

United Nations Industrial Development Organisation (UNIDO) country project coordinator Zachariah Munga, however, said containerisation of biogas has not taken off fully because of the high cost involved, and that only a few countries in the world have been able to achieve that at a lower cost.

â€œContainerisation of methane is very expensive when compared with LPG but that notwithstanding we can achieve it with time,â€ said Mr Munga.

A study conducted by Jkuat in conjunction with Rural Electrification and Renewable Energy Corporation last year indicated that only 0.29% of households are using biogas compared to 23.85% using LPG gas. The study blamed the low uptake on lack of commercialisation.

Expogroup is a full service exhibition organiser with over 27 Years experience in International trade exhibitions. Our current portfolio includes 27 annual exhibitions from a diverse range of industries being held across the Middle East & Africa.