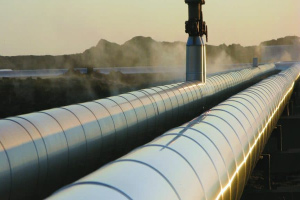 Kenya intends to pursue the construction of a gas pipeline linking Tanzania's main city, Dar es Salaam, to the coastal city of Mombasa and on to the capital Nairobi, in a bid to reduce energy costs, Kenya's president William Ruto has said.

The President spoke to Tanzanian media on 3rd October, shortly after holding bilateral talks with President Samia Suluhu on his 1st visit to the neighbouring country since taking office in September.

The project would reduce energy charges in the industrial sector, as well as for families in their homes, Mr Ruto said.

In May last year, Mr Ruto's predecessor Uhuru Kenyatta and Ms Suluhu signed a preliminary agreement to transport gas from Tanzania to Kenya for power generation and possibly for cooking and heating.

The agreement was part of a longer-term plan to develop infrastructure between the 2 major East African economies.

Expogroup is a full service exhibition organiser with over 27 Years experience in International trade exhibitions. Our current portfolio includes 27 annual exhibitions from a diverse range of industries being held across the Middle East & Africa.