Kenya Plans to Become Manufacturing Base For US Companies 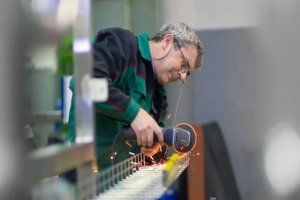 Kenya is looking to become a manufacturing hub for American companies that are to relocate or diversify out of China, the Business Daily newspaper reported.

Industrialisation and Trade Cabinet Secretary Betty Maina said Nairobi will be negotiating a deal to offer a manufacturing base for American firms with a primary focus on technology companies.

"With all the changes globally, the US firms are looking at identifying new production bases for their products. They are diversifying out of their traditional production places in the Far East, particularly China," Maina was quoted as saying.

"This gives Kenya an opportunity as a country to attract these new investments," she said.

In July, the US and Kenyan governments announced that they would commence working within 3 months to develop a detailed roadmap for engagement on 10 so-called pillars, which include agriculture, digital trade, climate change and trade facilitation.