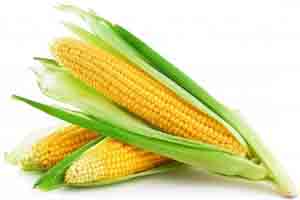 Tanzania is set to sell 1 million tons of corn to neighboring Kenya to provide a helping hand to them from curbed production and caused prices of the grain to soar.

A formal request for the sale from Kenya has been received, Tanzania’s state minister for agriculture, Omary Mgumba, said Friday in an emailed statement without giving details of the transaction.

He also quoted that tanzania will not only provide corn to kenya but is in the process of making a major sell of 700,000 tons of corn to Zimbabwe, Mgumba etc....

This Exports of corn in a large quanity would represent a huge increase for Tanzania. The country’s prior record for corn exports was 500,000 tons in the 2013-14 season, according to U.S. Department of Agriculture data.

Tanzania’s Corn Exports statist says that the country’s prior record was 500,000 tons in the 2013-14 season.But has seen a temendrous increase in export of corn this year . Tanzania witness this for a very first time.

Kenya may import 1.3 million tons in the 12 months that start July, more than double the previous year’s purchases, according to USDA.

Prices of corn, which is used to make a staple food, increased as much as 70% in April from a month earlier as output dropped, the National Drought Management Authority said.