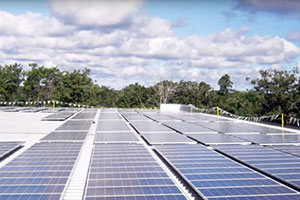 The firm was one of five companies that recognised proposals for the projects, after the Ethiopian finance ministry’s public-private partnership directorate general introduced a request for proposals in April.

The projects are promoted under the Scaling Solar programme, run by the International Finance Corporation (IFC) – the World Bank's private sector arm – to supply private funding for solar development in upcoming markets.
Ethiopia’s finance ministry host the US$0.02526-per-kWh tariff offered by the firm for the two sites is “the lowest in Africa and one of the lowest globally”
The Gad and Dicheto projects are planned for the eastern regional states of Somali and Afar, and are part of a six-project portfolio that make up round two of Ethiopia’s Scaling Solar programme. The projects have 750MW of joint capacity and a price tag of US$798 million.
Round one of the programme was launched in 2017 and involved two solar projects totaling 250MW.
Scaling Solar programmers are also operating in Senegal, Zambia and Madagascar.
ACWA Power is a developer, investor and operator of power generation and desalinated water production plants in Africa, the Middle East and south-east Asia.
Ethiopia needs to install 300MW of solar by 2020, up from the total PV capacity of 11MW recorded by IRENA statistics.