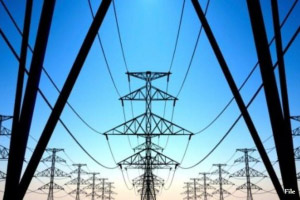 The $500 million line has capacity to transmit 2,000 MW of electricity, potentially earning Ethiopia as much as $100 million annually.

â€œEthiopia has completed activities to ensure uninterrupted and reliable transmission of power and it is expected that similar activities will be implemented by Kenyan side,â€ the company said in an emailed statement.

The Grand Ethiopian Renaissance Dam, a giant hydro-power dam on a Nile River tributary, began generating electricity earlier this year, a project it sees as key to economic development but which has stirred tensions with downstream neighbours Egypt and Sudan.

The $5 billion dam will be able to generate 5,150 MW of electricity once completed in 2024 and Ethiopia has signed supply agreements with Kenya, Sudan, Djibouti, Somaliland, Tanzania and South Sudan. The Horn of Africa nation earned $95.4 million from electricity exports last year, according to EEP.