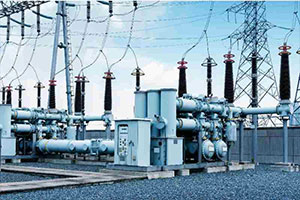 Ethiopia has recently signed a power purchase agreement worth $800 million with the developers of a 150 MW geothermal plant.

The Horn-of-Africa nation, which is also the second most populated on the continent, has the second biggest electricity deficit in Africa according to the World Bank, with about two thirds of the population requiring a connection to the grid.

Prime Minister Abiy Ahmed stated, "Geothermal enhances our energy security by providing constant output power to support industrialisation". Adding that it was the first such power purchase agreement to touch such an advanced stage in the country.

Geothermal power denotes to the use of underground hot steam to drive turbines which in turn generate electricity. It creates up a huge portion of the sources of electricity in Kenya, which has ample geothermal resources on the floor of the Rift Valley.

Situated in the Arsi Zone to the southeast of the capital, the plant is established by the Tulu Moye Geothermal Operations (TMGO), a holding company for Paris based investment firm Meridiam SAS and Icelandic firm Reykjavik Geothermal.

Ethiopia's Tulu Moye Geothermal plant, which has retained the deal with the government, anticipates to start generating 50 MW of power when the first phase is concluded in February 2023, rising to 150 MW at full completion by 2025.