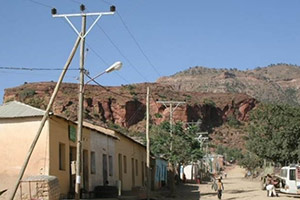 The US government-led initiative that aims to double access to electricity in Sub-Saharan Africa was launched in 2013. It has a goal to add 30,000 megawatts of new power generation and 60 million new electrical connections by 2030. From a total number of 886,995 new on-grid connections, Power Africa has helped establish, 10,976 new connections in Ethiopia since 2013.

Blessed with lots of renewable energy resources, Ethiopia has the potential to generate over 60,000 Megawatts of electric power from hydroelectric, wind, solar and geothermal resources. However, Ethiopia now generates approximately 4,170 Megawatts with a population of 100 million people.

In a bid to be classified as a middle income country by 2025, the country has set goals which include aggressive power generations and connection targets. In this regard, Ethiopia plans to increase renewable power production to meet both domestic needs and export obligations.

At the time of conference, Herscowitz said: â€œOur initiative was firstly designed to drive economic growth and keep African countries on a rapid growth trajectory, realizing that the power sector was a key constraint to economic growth. However, we identified there are about 550 million people who do not have access to electricity in Sub-Saharan Africa.â€

Speaking about this, the coordinator said: â€œThe 124 power projects that have reached financial close are worth over USD 20 billion. The commitments that weâ€™ve received from our public and private sector partners are over USD 54 billion. This is the largest public-private partnership for development that weâ€™re aware of in history.â€

Elaborating on the projects undertaken in Ethiopia, he said that â€œWe have been working hard on Corbetti and the Tulu-Moye geothermal projects for seven years now and we are hoping that this year, these projects are finally going to reach financial close, which will have a significant impact because they would be the first privately funded power projects to reach a financial close.â€

Power Africa brings together technical, legal experts, the private sector, and governments from around the world to work in partnerships, to increase the number of people with access to power.