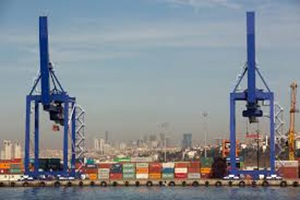 At a time when struggling Turkish exporters are looking for ways to diversify their target markets, Africa is poised to become the new frontier market for Turkish firms as they position themselves to become major stakeholders in the region’s rapidly growing industries.

Africa has recorded an annual growth rate of 5 percent over the last decade and is expected to continue this trend in the coming years. Six out of ten fastest growing economies in the world are now in Africa. Economic predictions indicate that Africa will be a $29 trillion economy in 2050, larger than the 2012 combined GDP of the US and Eurozone.

Turkey’s exports to Africa in the last five years have tripled compared to its worldwide export volume, signalling a clear shift in the export focus towards Africa. Exports to African nations increased by 20.5 percent between 2011 and 2015, soaring to $12.5 billion in 2015 from $10.33 billion in 2011. At the end of 2014, Turkish direct investment in the continent stood at over $6 billion.

The record decline in exports to the EU, conflicts in Syria and Iraq; two main regional export markets for Turkey, the Russian boycott and the slowdown in the Middle East economy along with increased competition in the region, have been the biggest catalysts to search for new markets. This has lead to many Turkish companies including small and medium-sized enterprises, or SMEs, choosing to head towards Africa, tying their hopes to this new market as the continent presents a lot of opportunities for those seeking new investment options.

One of the main reasons why Africa, which has a 2.4% share in the world's trade, is deemed quite important is the fact that there is major scope for industrialization on the continent. Africa imports nearly 95% of industry materials. Annual imports of the continent surpass $250 billion, which ensures a great investment and export potential in the market.

Some of the leading sectors with great potential are textiles, food, agriculture, energy, farm implements, construction and infrastructure services. Automotive supplier industries and agriculture-based industries are also good options for investors. The closed economic structure of Africa has helped lessen the impact of the economic crisis on the continent, generating a great advantage for investors seeking to enter the market.

The Turkish government is also forging ties with its African counterparts to negotiate tax agreements and boost trade by establishing links between Turkish firms and promising African markets that include more than 300 million people and a gross domestic product of $350 billion. African infrastructure needs also represent important opportunities for Turkish firms that are ranked among the best global performers and offer regional markets, higher quality options than their Chinese counterparts.

Africa offers Turkish investors a predominantly virgin market overflowing with investment and trade opportunities, along with pro-business governments to protect their rights as investors. The continent still craves more investments in various sectors of the economy such as energy, infrastructure, large-scale farming, agro-processing and general manufacturing; sectors in which Turkish firms hold significant experience and technical expertise which could make them critical players as long-term investors, creating a win-win situation for both parties.