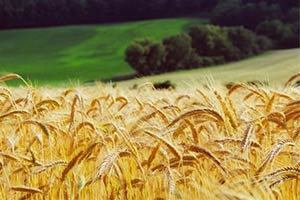 A Kenyan delegation will convene in Addis Ababa, Ethiopia on 22nd to 25th October 2019 on a grain trade mission to explore business opportunities for grain trade and processing between Ethiopia and Kenya.

It will help to bridge cross border trade gap and enhance food security.

The trade mission is expected to harness the trade potential between the two countries and increase long-term trade and investment while fostering bilateral trade relations.

The mission will include a business-to-business meeting in Addis Ababa, an experiential field visit to a grain handling and processing facility in Adama, and a visit to a Commercial Farm in Bahir Dar.

This will consequently bridge the trade balance gap between the two countries to enhance cross border trade and bridge the food security gap in Kenya.

Confirming the delegationâ€™s intent to leverage on the existing trade opportunities in Ethiopia , the EAGC Executive Director said that : â€œKenya has recently had an increasing demand for grain raw materials for industrial processing particularly soya beans used for processing of soya milk, soya meat and the by products used for animal feeds manufacturing.â€

Additionally, Kenya has seen several new investments in food and feed grain processing and with an additional demand for grain raw materials which cannot be fulfilled by the domestic production. â€œThe Ethiopian grain market therefore offers a very viable source that can be competitive if well facilitated.â€ Added Mr.Masila.

Ethiopiaâ€™s agriculture is largely dominated by the cereal production with major cereals such as wheat, maize, sorghum and barley occupying 80% of agricultural land in the country. Ethiopia currently stands as the largest maize producer in Eastern Africa.

Trade between Ethiopia and the East Africa Community is increasingly presenting an opportunity for the country to develop standards in harmony with EACâ€™s partner states to enhance free movement of goods in the region to promote intra EAC trade.

The highway corridor connecting Kenya and Ethiopia will not only ease cross-border traffic, but also foster economic integration within the East Africa Community and beyond taking advantage of the Mombasa-Nairobi-Addis Ababa road that will enhance bilateral trade relations between the two neighbors in addition to reducing transport and shipping costs of goods between the two countries.