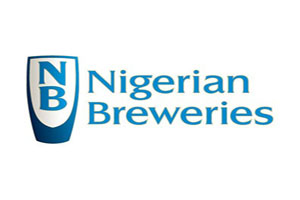 The Nigerian Breweries (NB) Plc says it has achieved 57% of its 60 per cent 2020 target for local sourcing of raw material for production.

“We are also exploring the use of maize and rice as brewing adjuncts (sources of starch) in addition to what we have previously achieved with sorghum and cassava.

She also noted that Heineken N.V, which also holds 55.95% stake in the firm, has made tremendous success in the areas of enhancing the sorghum value chain in some parts of East Africa.

Morgan revealed that the company is weighing supporting commercial production of sorghum, one of Nigeria’s major staple foods and a commercially viable grain grown in Nigeria.

Morgan also restated the company’s commitment to enhance renewable energy, saying that NB in 2018 commenced the reuse of biogas generated from its effluent treatment plants for thermal heat generation in its boilers.

Speaking during a recently held pre annual general meeting in Lagos, the company’s managing director and chief executive, Jordi Borrut Bel, also noted that the company will continue prioritising on developmental efforts through its three pillars of growth.

“These include extensive workmanship, leadership in premium brands, build scale in mainstream to drive malt growth by leveraging on innovation and improving end to end productivity.

“Aim moto is to win the Nigerian societies and communities because we believe in Africa’s biggest market with a young and dynamic population showing promising indicators for growth.

We also believe that the country’s demographics will play a huge role in the future,” he said.

According to the Corporate Affairs Director, Nigerian Breweries has seen improved growth over the years and now has nine breweries spread across the country with 19 brands.

In addition, Morgan also noted that Nigerian Breweries will continue its commitment to making an impact in education, agriculture, health and the environment in the communities in which it operates as well as across the country.