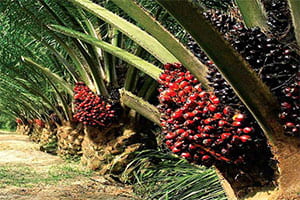 The Prime Minister of Tanzania, Mr. Kassim Majaliwa recently stated that the government has allocated 4.3 million U.S dollars to boost the cultivation of palm oil as a part of its strategy to develop the crop so that its farmers are on the same level as growers of other cash crops.

Majaliwa made this statement while speaking in western Tanzania's region of Kigoma soon after inspecting an oil palm farm of the National Service Department (JKT) Bulombora camp.

He also directed the Agriculture Ministry to arrange a demonstration farm in the region where farmers can be taught modern oil palm production methods.

"The government will not tolerate anyone who goes against the strategy to revive the crop in the country," the premier cautioned.

Omary Mgumba, Tanzania's Deputy Minister for Agriculture said the government's approach in reviving the crop is meant to save foreign currency used to import edible oils.

The Kigoma region accounts for more than 80 percent of the palm oil produced in the country and has the potential to make Tanzania one of the world's leading producers and exporters of palm oil due to its soils and weather.

Despite the enormous potential, the country banks on imports of raw materials for producing edible oils and soaps.

Since 2017, the private sector has been at the forefront of increasing crop production. Financial institutions have worked with the industry to improve performance.

Palm oil is used in most oil based products that consumers buy and use every day. Palm Oil and its derivatives are used in the production of food, cosmetics, cleaning products, hair care, soaps, and personal care products.