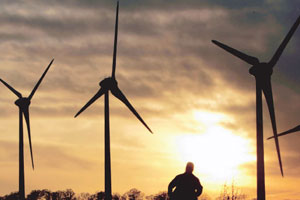 This is the second installment of funding from Denmark; it has already provided USD 201 million in 2018.

Sources cite that the project will generate 100 MW power from 29 wind turbines and will harness a part of the nationâ€™s massive wind potential. The project is anticipated to develop 330,000KWh yearly and provide sustainable power to more than three million people.

The corporation between Demark and Ethiopia is part of the Danish Governmentâ€™s aim to develop collaborations in gaining access to energy and sustainable economic growth, in accordance with SDG 7.

The Assela Wind Farm will be located about 150Km south of the capital near Iteya town in Oromia Regional State and will be constructed by Siemens Gamesa Renewable Energy.

Electricity access in Ethiopia is low with approximately 60 million â€“ over half of its population left without access to electricity.

As per the countryâ€™s National Electrification Plan, the objective is to provide access to electricity for the entire population, 65% from the grid and 35% from solar off-grid technologies.

Electricity supply is dominated by hydropower plants due to the huge resource potential at normal periods but power generation is vulnerable during periods of water shortages and widespread drought causing long periods with power cuts.

By harnessing the huge wind potential in the country and increasing the utilization of wind power, the water resources last longer and create greater resilience to the effects of climate change.