Impact Hub Kigali in Search for Innovation in Solar Energy 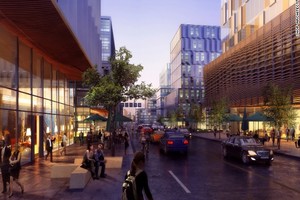 Impact Hub Kigali has launched a nationwide search for innovation in solar energy. The objective is to identify a company or individual with the most innovative solar solution or product that can inspire further innovation and adoption of renewable energy.

The campaign is part of a pan-African programme that kicked off in 2017 in partnership with the World Wildlife Fund (WWF) and targets to support the marketplace for solar energy in Africa.
The organization said in a statement "Solar energy adoption is increasing at a rate of 200% every year owing to increased competition in the market and reduced global input prices. This campaign is designed to accelerate this growth even further by inspiring further innovation and entrepreneurship in the space,”
Apart from the Innovation search campaign, Impact Hub Kigali and the WWF have provided training to university students on ideas, pitching and business modeling.
The first session took place at University of Rwanda’s College of Science and Technology on 21st November 2017 and was attended by approximately 70 students.
The programme is said to have reached as many as 500 students so far.
The programme will culminate in a celebration of solar energy on June 5, during the World Environment Day, which will be commemorated under the theme "Beat Plastic Pollution. If you can't reuse it, refuse it".
The Solar Innovation Award will also feature students who will pitch their solutions for a chance to win prize money and working space at Impact Hub.
Organisers said that a job fair will also be held as a side event where young entrepreneurs will be able to meet the major solar energy companies in the market.