Things Looking Up For the Solar Sector in Africa 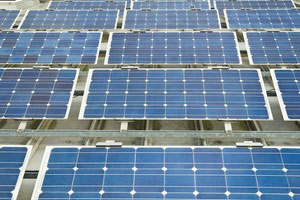 The co-founder and president of Lumos Global, Nir Marom, says the solar industry on the continent is booming, driven by largely unmet demand for energy.

"The fundamentals haven't changed, a huge unmet demand for energy, increasing mobile connectivity, and abundant solar resources altogether mean that we expect exponential growth in 2018," said Marom.
He believes the industry is on an upward trajectory and, with around 1.3 billion people living off-grid worldwide, "the market for solar cannot be underestimated."
He said the firm's decision to operate in West Africa as its first market is paying off. "One of the keys to our success has been our partnership with the mobile provider MTN - it allows customers to purchase electricity as they need it via their existing cell phone airtime account, connecting the dots between the mobile payment revolution and solar energy."
In December 2016, the company secured what it claims to be the largest investment in the history of the off-grid industry, totalling US$90 million. "This money, from a mix of private and development fund investors, is helping us meet the remarkable demand for our systems across West Africa," Marom continued.
Pressure on the grid has seen many African countries diversify their energy sources, meaning that solar service providers like Lumos are becoming increasingly important.
Soon after partnering with Lumos in Nigeria, MTN announced another partnership with a venture-backed technology company, Fenix International to introduce off-grid pay-to-own solar home systems in rural Zambia.
MTN at the time told ITWeb Africa that the Swedish Embassy in Zambia had committed nearly US$3 million to Fenix between 2017 and 2020, with the United States Agency for International Development (USAID) contributing an additional US$750 000 towards the company's new market launch and scale up. The firm also operates in Uganda.
A number of financial investments in solar energy have also been made since the past year. Earlier this year, the OPEC Fund for International Development (OFID) approved a US$1 million grant for Energy 4 Impact to develop the small-scale solar irrigation market in Rwanda.
Kenya-based solar-powered cold storage units' provider for smallholder farmers and traders in Sub-Saharan Africa, SolarFreeze was awarded a three-month programme worth approximately US$50,000 in acceleration services and cash.
The company this year was named Africa's best innovative energy access start-up by the global power company Enel Group, through its new division Enel X.
More recently, during this year's Mobile World Congress, American multinational financial services corporation, Mastercard entered a partnership with Kenyan pay-as-you-go solar provider M-KOPA, in efforts to expand solar energy provisioning to homes and businesses across Africa.
Last year Morocco announced an investment of US$2.3 billion to boost solar energy use in agriculture.