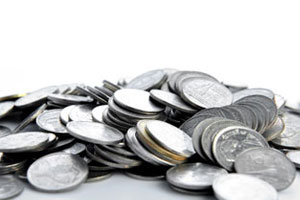 Ignite, headquartered in Rwanda, has been able to change the energy paradigm in a Continent afflicted by energy poverty with over 700 million people without access to power. By virtue of Ignite's large-scale project model and its recently secured local currency debt financing, Ignite is offering a price plan which multiplies the addressable market for Solar Home products.

Yariv Cohen, Ignite's Chief Executive, says, "We completed phase 2 of 'Ignite Rwanda' project. With a network of 1,600 installers, operational efficiencies and economies of scale, we can make home solar more affordable than ever before. The launch marks the commencement of phase 3, on track to achieve our goal of 100% Clean Access."
In recent years, the price of solar has been dropping. Solar home systems in Africa, however, have not followed suit, mainly because international companies found it difficult to reach scale and secure local financing.
Angela Homsi, CIO: "We are excited that local commercial capital is mobilising towards the Solar home sector. This indicates we are moving from niche financing to mainstream capital. We expect this to continue, lower the cost of capital further and enable us to provide even more value to our clients."
In less than a year Ignite became the largest rural utility in Rwanda. For only $4 a month, with no down payment, Ignite provides the most affordable plan in Africa according to a Sendea report. This is the first time in the Continent's history that a rural utility provides a nationwide solution to energy poverty at a price that is affordable for 80% of the population. On the opposite side of the scale, Ignite also launched an
affordable TV system for customers wishing to upgrade.