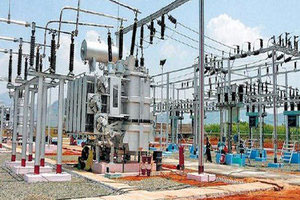 The Rwandan Government through its power sector has  very ambitious targets to achieve 512MW installed power generation capacity, which is currently 216MW power generation with a universal access(100%), this is expected to be achieved by 2023/24.they are also determined  to achieve 52% on-grid connections and 48% off-grid connections also by 2023/24. review, analyses of literature and site visits to various branch offices of Rwanda Energy Group (REG) were used to determine and evaluate the success of the power sector in achieving its target, aspirations and goals.

Because of its longer plant life hydropower also has a high generation percentage (46.8%), higher capacity factor as well as availability as numerous rivers coupled with Rwanda embarking upon vigorous expansion and upgrade programmes.  Generation of electricity economically using the potential of locally available resources include, hydropower, peat, lake, methane gas and geothermal energy has been estimated to total about 1,613MW. Therefore the country is utilizing only 10% of its local electricity potential, excluding substantial solar resource thus incurring a large foreign outflow. As compared to other East African Community (EAC) countries Rwanda's electricity tariff was estimated ti be 22.2% more expensive to the highest electricity tariff of the other (EAC) countries. The number of new customer connections increased from364, 000 households in June 2018to more than 700,000 households (31% of the total households in Rwanda) in 2019 as per the reports of the Electricity Access Roll-out Programme (EARP).

The Rwandan government’s objective is to find a reliable, efficient and affordable power supply to improve the standard of living of the population. As per the population projection per year the electric power production capacity and electricity access as compared to the size of infrastructure is insufficient to meet the demand. Ageing infrastructure, ineffiencies,   due to high power losses and technical issues timely interventions are required to achieve the avowed energy targets (World Bank 2019). According to the information available on the REG Report, currently 42% of the population has electricity access; 31% grid-connected and 11% off-grid. The electricity per capita annual consumption for half of its consumers is below 20kWh per month To fulfill its mission and vision ,The Rwanda Energy Group(REG) decided to become more cost efficient, diversify the sources of energy, produce legal and elaborate frameworks increase power generation and last but not the least improve the transmission of sources of energy.