Incentives for mining exploration firms to be offered by Rwanda 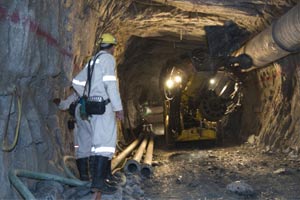 Rwanda appears to have placed in place an investment programme that seeks to encourage investors to invest in mining exploration operations, part of the push to strategically reposition the country's mining industry in the region. The new reward package was announced by Francis Gatare, Chief Executive Officer of Rwanda Mines, Gas and Petroleum, on Tuesday, 10 November, ahead of the Africa Mining Forum (RMB).

'We're excited about a potential incentive programme for exploration firms that will include incentives for a 10-year loss transition,' he said at a press conference. This assumes that companies investing in initial exploration will bear the losses or costs incurred during that time. According to Gatare, the opportunity is a new clause in the updated Investment Code that seeks to lure junior mining companies whose business plan focuses on mineral exploration and then sell their properties after mineral discovery. 'We believe that this is very competitive globally and should attract the so-called junior mining companies whose business model focuses primarily on exploration,' Gatare said.

Previously, exploration firms were allowed just five years with carry-over losses. Each corporation is obliged to file tax reports for a yearly basis, irrespective of whether or not they have made profits.

The arrangement is that if, for example, a company spends USD 5 million in exploration in 2020 and does not make any money, it means a loss of 5 million UDS. Assuming they're already spending, and they're just beginning to make profit in year 5 after investing USD 10 million. This ensures that they are entitled to subtract damages sustained per year, distributed up to a period of 10 years thereafter.

Technically, this is not a tax exemption, but the Chief Executive has stated that it is a cost-based investment.

'As a government, we have undertaken extensive exploration and gathering of geological information across the country, which has greatly informed us of the existing potential, This has been put together in an investment pitch book, The new incentive will allow the continuation of a process that began in 2017 to promote exploration activities, helping the country to have enough information where mineral deposits are located,' he said.

The new investment opportunity programme comes as Rwanda prepares to host a virtual continental mining conference â€“ the Africa Mining Conference, at which the country aims to highlight investment prospects.