Lighting Up Over 200,000 Rwandan Households in a Sustainable Way 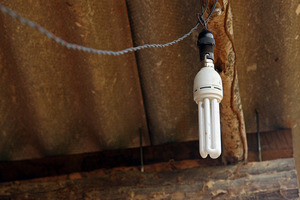 As a part of the national electrification program The Electrogaz Compact Fluorescent Lamp Distribution Project distributes high efficiency and high quality compact fluorescent lamps (CFLs) to urban and rural residents across Rwanda. Both new customers and those already connected to the power grid are targeted by this project. To teach them to use electricity more efficiently by replacing traditional light bulbs it helps clients lower their electricity costs; it also includes an education component.

Through decentralized outlets run by the Rwanda Energy Group which was formerly known as Electrogaz the CFL distribution project was executed in several phases. Over the past eight years a total of 800,000 CFL bulbs have been distributed, reducing emissions by the equivalent of 21,000 tons of carbon dioxide per year. The World Bank’s Community Development Carbon Fund is supporting the project by buying 130,000 of the carbon credits generated. Rwanda is the most densely populated country in Africa, and about 90 percent of the population is engaged primarily in subsistence agriculture. The country is landlocked, with few natural resources and minimal industry.

Although access to electricity has increased dramatically (from 6 percent in 2009 to 18 percent in 2012), the country still faces acute electricity supply shortages as the number of customers has increased (from 46,000 in 2000 to 350,000 in 2017). Rwanda is working to improve electricity access in the residential sector as well as to increase energy savings, important components of the country’s national electrification program. Under the Clean Development Mechanism as of April 2015, the project had issued 23,491 carbon credits; the first time a project in Rwanda had issued carbon credits .This is equal to a reduction of the same amount in metric tons of carbon dioxide.

The project provides customers with high quality and competitively priced CFLs. A total of 204,000 Rwandan households are now benefiting from significant reductions in electricity consumption – and, as a result, lower bills. This helps the poorest customers afford electricity on a more sustained basis while giving them a competitive alternative to the fuels they were using before to light their houses at night (e.g., incandescent light bulbs or, for those with no electricity, kerosene lamps and small batteries that carry with them a number of negative health and environmental impacts). Monitoring of emission reductions is carried out by the Rwanda Energy Group, which is keeping a database of distributed new bulbs. Periodic household surveys are being undertaken by external consultants.

To ensure that the old, incandescent light bulbs turned in by households are not reused, they (together with broken or faulty CFLs) are crushed and disposed of in an environmentally friendly and safe way by the Rwanda Energy Group.