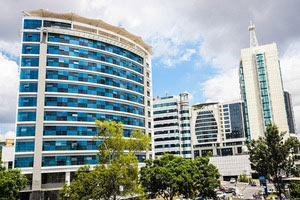 The IMF and the World Bank have released the growth estimates for Rwanda to 7.2 percent . The International Monetary Fund(IMF) has retainied the economic growth projection for 2018 at 7.2 percent based on strong industrial policy and favourable climate which helped in boosting agricultural output. Rwanda is one of the fastest growing economies with an average growth rate of 7 percent every year since 2000.

Laure Redifer the head of the IMF team, said that after a sharp rise to 6.1 per cent in 2017, real GDP growth averaged 8.6 per cent in the first half of 2018, consistent with the projected end-year growth rate. She said, "Robust growth in 2018 reflects strong industrial activity, notably construction,", adding that inflation remains low, in part, reflecting favourable prices.

Meanwhile, the National Institute of Statistics of Rwanda, jointly released the GDP figures with the Ministry of Finance. The report stated that the positive growth was a result of growth in all the three key sectors of the economy which are Industry, Agriculture and Services with the former growing at 10 percent and the latter at 6 and 5 percent respectively.

Ministry officials said that construction is picking up momentum with an increase of 11 per cent in the second quarter of 2018 following an increase of 8 per cent observed in the first quarter of 2018. The Minister for Finance and Economic Planning, Dr Uzziel Ndagijimana described growth in the industrial sector as an expected result of the Made-in-Rwanda campaign, which has sought to promote domestic production. “Manufacturing is growing through different measures to promote domestic production and manufacturing under the Made-in-Rwanda policy,” he said.

The Rwandan government has undertaken policies to improve competitiveness, diversify production, promote exports, and balance imports. The growth was driven by manufacturing and construction activities which expanded by 12 per cent and 11 per cent, respectively. The second quarter of 2018 witnessed Gross Domestic Product (GDP) at current market prices to be estimated at Rwf2,000 billion, up from Rwf1, 869 billion in the second quarter of 2017.

International officials monitoring the African markets remain positive saying that Rwanda is strategically placed to direct trade in the region.  And with an export growth rate of 17.9 per cent in the year to August 2018, and import growth of 7.4 per cent, the trade balance has continued to improve.