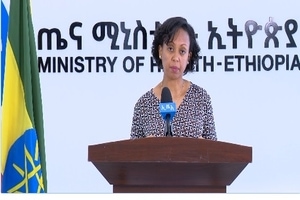 The Ministry of Health in Addis Ababa today announced that six cancer treatment centres are being established in four regions of the country, including Addis Ababa.

In her remarks at a media briefing on Breast Cancer Awareness Month, Minister of Health Lia Taddesse said huge efforts need to exert in increasing the level of breast cancer alertness of the community at large.

Around 2.1 million cases of breast cancer are registered annually worldwide, while breast cancer accounted for more than one-third of the total cases of cancer in Ethiopia, she pointed out.

She noted that breast cancer is the world's leading cancer in women, particularly in developing countries where most cases are diagnosed in late stages.

Lack of awareness coupled with insufficient cancer treatment centres tends to increase the incidence of breast cancer in the country and become a major public health concern, Lia said.

To boost the situation, the Ministry has succeeded in providing cancer treatment centres in 12 hospitals across the country that will provide many patients with access to treatment.

According to the Minister, breast cancer care facilities at the national level have also been reduced from six months to just two weeks, on top of alleviating the immense burden that few treatment centres have been bearing for a long time.

The construction of an additional six breast cancer treatment centres is currently underway in the regional states of Amhara, Tigray, Oromia and Southern Nations, as well as Addis Ababa. It has been learned that three of these will be fully operational after three months.

To detect irregularities in their breasts, the minister advised women to defend themselves from incidents by using breast self-examination.

The Breast Cancer Awareness Month, marked every October in countries around the world, aims to raise awareness, early diagnosis and treatment as well as palliative care of this disease by increasing focus and support.